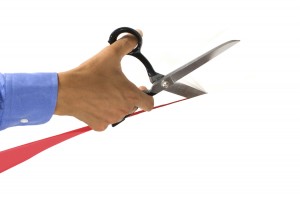 The following abstract was taken from the American Health Care Association/National Center for Assisted Living’s page.

“In response to the announcement that the Centers for Medicare and Medicaid Services would be reducing payments to skilled nursing facilities by 11.1% beginning in October, American Health Care Association president and CEO Mark Parkinson stated, “The CMS rule makes reductions beyond what is necessary for budget neutrality. Coupled with changes in group therapy definitions, this drastic reduction will be especially challenging for skilled nursing facilities to manage.” Alan G. Rosenbloom, President of the Alliance for Quality Nursing Home Care weighed in also, saying, “The SNF sector has contributed heavily to advancing health care reform and deficit reduction, and is confronted by multiple ongoing threats to funding stability. The ill-considered nature of the Rule and its dire implications to seniors, providers and jobs are significant, immediate and dangerous. Lawmakers will now be placed in the unfortunate position of having to deal with an increased threat to local seniors’ access to care as a result of this egregious regulatory action.” Rosenbloom’s statement continues, “Never in the history of the Medicare program has either CMS or Congress implemented such a large correction in one year.”